I make it my business to pick the brains of every fashion creative I meet to better grasp this concept. For Dominique Galbraith creator of D.Auxilly, the creative process is organic and one with her spirituality. 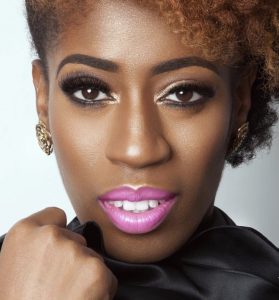 “I’m a mom and a wife, so it’s not always easy running a brand and having a family. I’m what I like to call a former workaholic.” Dominique embodies the kind of warmth that radiates from someone grounded in their role as a mother. During our time she stopped ever so often to gently, but firmly redirect her children who were playing close by.

“I needed to find a way to run this business and support my family. What that led me to do was to raise my prices and sell more high-end pieces like couture and bridal, which enabled me to not have to work as much. I restructured my business around being a wife and mother and it actually worked better.”

Dominique Galbraith is known for her imaginative work that features a stylishly eccentric aesthetic and keen attention to detail. Latoya Luckette, Eve, and Lizzo are only a few names that have worn a D. Auxilly gown. Her designs don’t come from a reliance on trends or styles popularized by today’s icons, but from a more personal place. Dominique’s work is regality born from spirituality, hammered by innate personal style fired by unfiltered creativity.

“I love volume and I love layers,” she said. “The design process is really guided by prayer. I start with fabrics that I’m drawn to and start draping, playing in the material and praying while I’m creating. Every piece that’s a bestseller or that’s gone viral has come from a dream or a God-given vision. I don’t go about creating collections from mood-boards or trends. I can’t do it that way. I’ve tried them before, and it never really works. When designing for a person my main goal is to marry who they are in terms of their style and who I am as a designer. The absence of either doesn’t work. There are times where I’ve turned down a client if I feel that what they’re looking for doesn’t reflect who I am as a designer. I’m selling a brand–I’m not a seamstress.”

Dominique’s transition from little-known fashion designer to an internationally recognized fashion brand came “literally overnight” in the designer’s own words.

“The defining moment of my career came when Eve wore one of my gowns to the MET Gala in 2013. I was going through a rough time and was in a sour mood that day. I was telling myself I’m not lending any dresses; I’m not doing this or that. I was in my studio and I was talking to God and asked him–God, are you gonna let another year pass and I don’t have a dress on the red carpet at the MET Gala? I was all in my feelings.”

Not only would Dominique’s prayers be answered but the ball for her career ascension would be set into motion, subsequently launching D. Axuilly as a viable fashion brand with worldwide public and industry recognition.

“It wasn’t just the event itself, but what was really major for me was that I had no idea she was going to wear it. A friend of mine who’s a stylist asked to pull a dress for a photoshoot with Eve that happened to be the same day as the MET.

Two hours later I get all of these notifications, my phone is blowing up and people are telling me Eve is wearing my dress at the MET Gala. I had this puzzled look on my face for the longest,” Dominique said laughing. “Then I remembered I gave it to her for a photoshoot. I was happy, don’t get me wrong but I was so blown away too. My friend came back later on and told me that Eve had gotten an invite to the MET right after the shoot and the dress she was wearing fit the punk rock theme of the event that year. She literally took a photoshoot in my dress then went straight to the MET. It was such a blessing. Some of the top people in the industry around the world were asking her where she got the dress. I’m from the hood, I had no money at the time and it was such a big moment for me.”

While her status as a fashion designer has been established, Dominique is very grounded in the core beliefs that have carried her to this point. Having recently dressed Lizzo at last year’s American Music Award ceremony, Dominique is one of the designer’s whose work challenges bias sizing standards in the fashion industry. 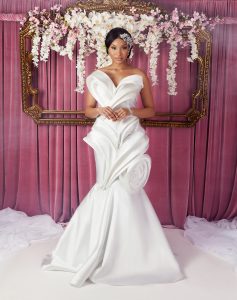 “I was always doing that,” she said in reference to the tiered dress Lizzo wore to the 2019 AMA’s. “I’m very hands-on with my clients and a lot of designers start brands but don’t sew. They sketch something and send it to a patternmaker. I was working hands-on with women of all sizes from that age of 18. Because I was working with such a diverse clientele that wanted to wear the things I made for myself, I had to be able to make sure something looked good on a client regardless of her size. Who am I to tell someone they can’t wear something? I’m gonna make it work on any size.”

Dominique’s advice for aspiring designers was the same that she would share with her younger self if given the chance. “Stay true to whatever your thing is. Start with what you have. Don’t take out a huge loan to do it either. You want as little or no debt as possible, so learn how to manage your money. In the process of building, reinvesting what you earn and growing at a slower pace there’s less rick involved because you’re learning the business as you grow. Some mistakes are costly. If you take out a lot of money as you grow it can be harder to stay in the game.”

Dominique can be found on Instagram at D. Auxilly or her inspirational page Dgalbraithspeaks. 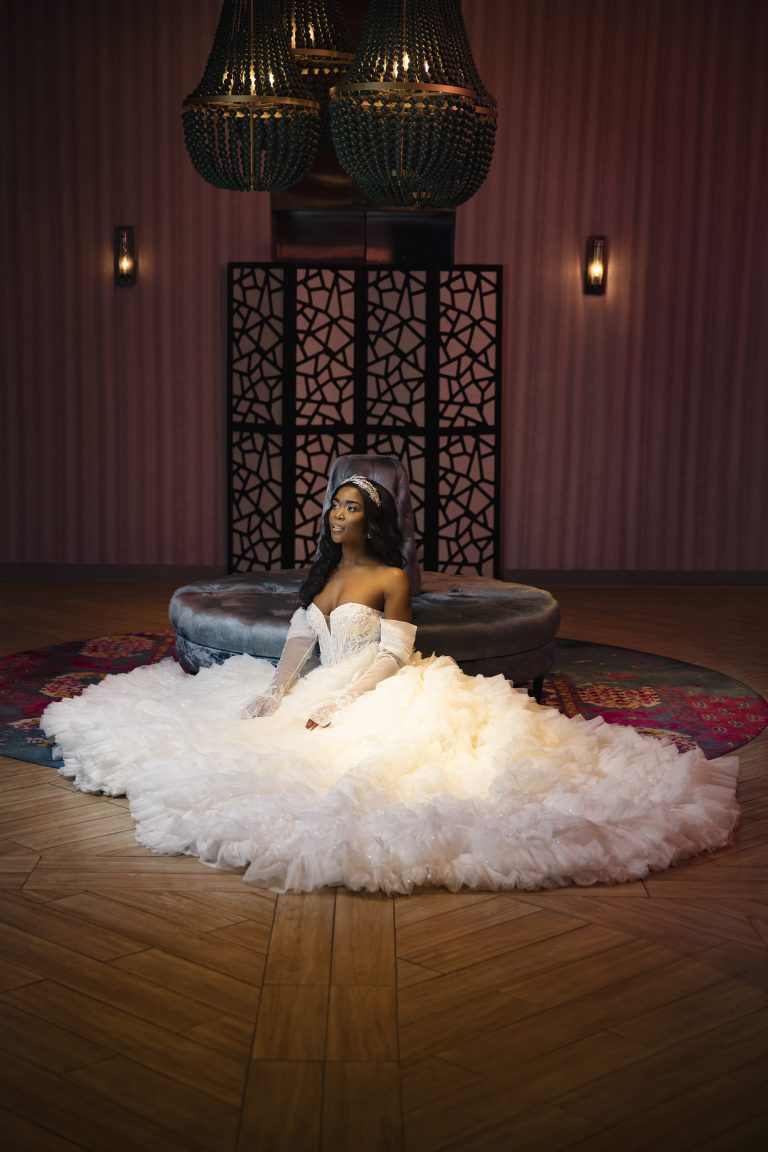 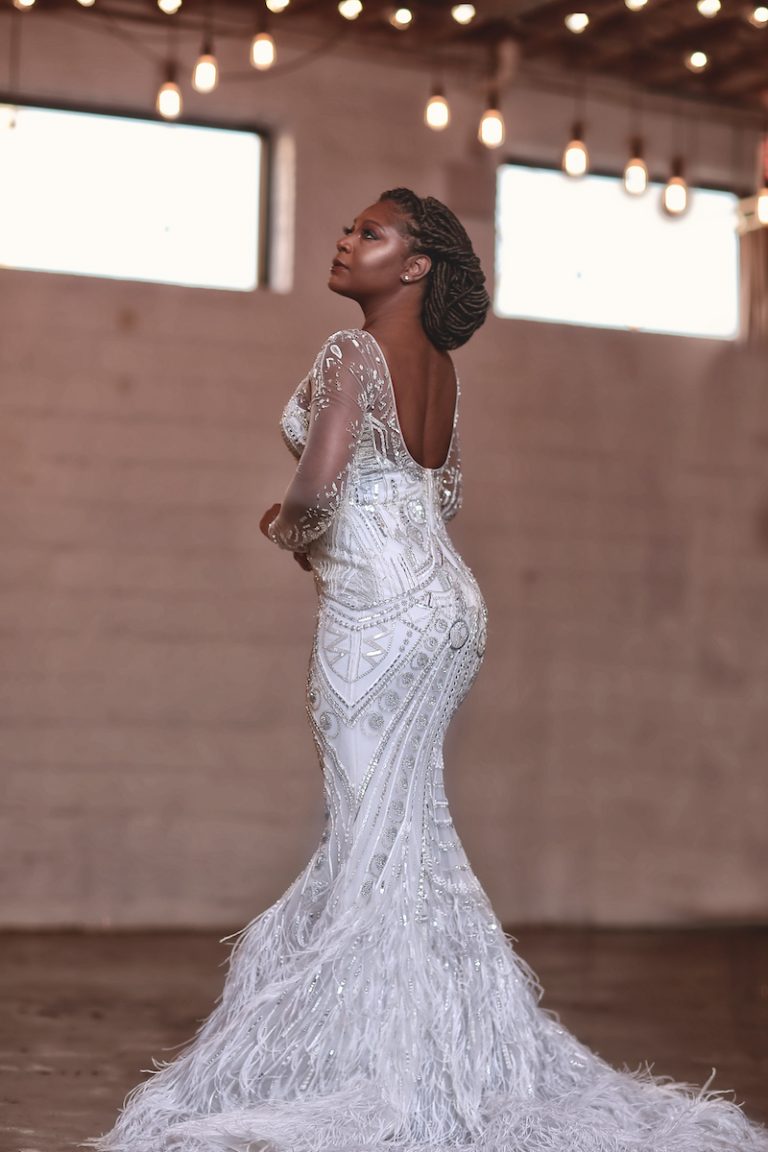